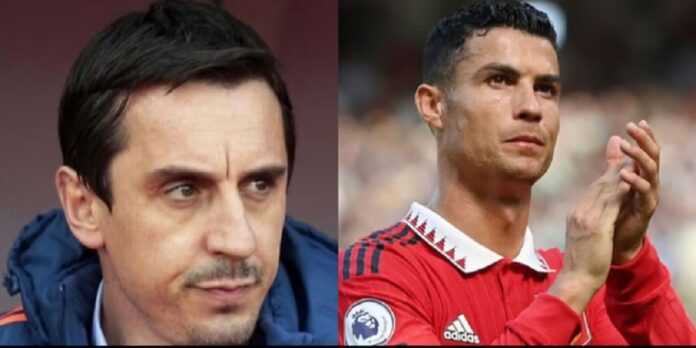 Cristiano Ronaldo attacks, Gary Neville responds. The one between the Portuguese striker and Manchester United is already a real war of nerves.

The disastrous start of the “Red Devils” championship has further worsened the situation and increased the tension between the parties, less than two weeks before the end of the summer market, which could remove the Portuguese from “Old Trafford”.

After the 37-year-old’s request, even coach Erik Ten Hag is open to the departure of the striker, for whom, however, the offers continue to be absent. The termination of the contract seems difficult and above all not very suitable for both parties.

However, the “threatening” post published by CR7 on Instagram seems to refute the hypothesis of an “extremis” farewell from the club where he was “sanctified” as a world-class footballer. Cristiano Ronaldo re-embraced Manchester United 12 months ago, after a turbulent farewell to Juventus.

“You will know the truth in a couple of weeks, when I give an interview. The media is lying,” Ronaldo wrote today. This caused the immediate reaction of Gary Neville, one of Sir Alex Ferguson’s Manchester United legends and therefore Ronaldo’s former partner, but also one of the sharpest on social networks and beyond, among English football commentators.

Gary Neville responds to Ronaldo: “Why should the greatest player of all time (in my opinion) wait two weeks to tell the truth to Manchester United fans? Stand up now and speak. The club is in crisis and needs for leaders to lead him. He is the only one who can ‘take the bull by the horns’ in this situation.”